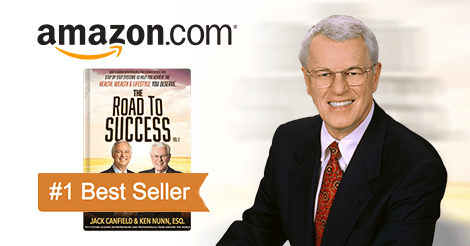 Bloomington, IN. – October 11, 2016 – Ken Nunn, owner of the Ken Nunn Law Office, recently worked with several leading entrepreneurs and professionals along with Best-Selling Author® Jack Canfield, originator of the Chicken Soup for the Soul® series, to co-write the book The Road to Success.  CelebrityPress™, a leading business book publisher, released the book on September 8, 2016.

On the day of release, The Road to Success Vol. 2 achieved Best-Seller status reaching as high as #19 in the “Direct Marketing” Amazon category.  Ken Nunn contributed a chapter called “A Lawyer’s Journey to Success.”

To take a road trip to Success, we will need a destination as well as a GPS. Success is described here as the achievement of a goal. The goals we adopt may be the result of experience, vision or desire. They crystallize our desire to get to a better place.

Having picked a goal for success, how do you get there? What drives you on? Some more popular goals include amassing wealth, gaining recognition and a desire to improve the lifestyle of others. It is also interesting to note that both philosophers as well as successful travellers on this road to success tell us that the journey is the real prize, not merely arriving at the destination.

So what route does your roadmap follow? Whatever route you choose, the CelebrityExperts® in this book can mentor your trip. They have completed this trip before, and they know where the potholes and the dead-ends are. These successful people have traits in common including creativity, risk taking, planning, perseverance and they are action-takers. Without taking action, The Road To Success in merely a mirage. So read, learn and enjoy. Safe travels!

After such a successful release, The National Academy of Best-Selling Authors™, an organization that honors authors from many of the leading independent best seller lists, will recognize Nunn for his contribution.

Click HERE to order a copy of The Road to Success Vol. 2.

A portion of the royalties earned from The Road to Success Vol. 2 will be given to Entrepreneur’s International Foundation, a not for profit organization dedicated to creating unique launch campaigns to raise money and awareness for charitable causes.

Ken Nunn is the owner of the Ken Nunn Law Office, located in Bloomington, Indiana, which limits its practice exclusively to personal injury and wrongful death cases.

Ken is a member of: