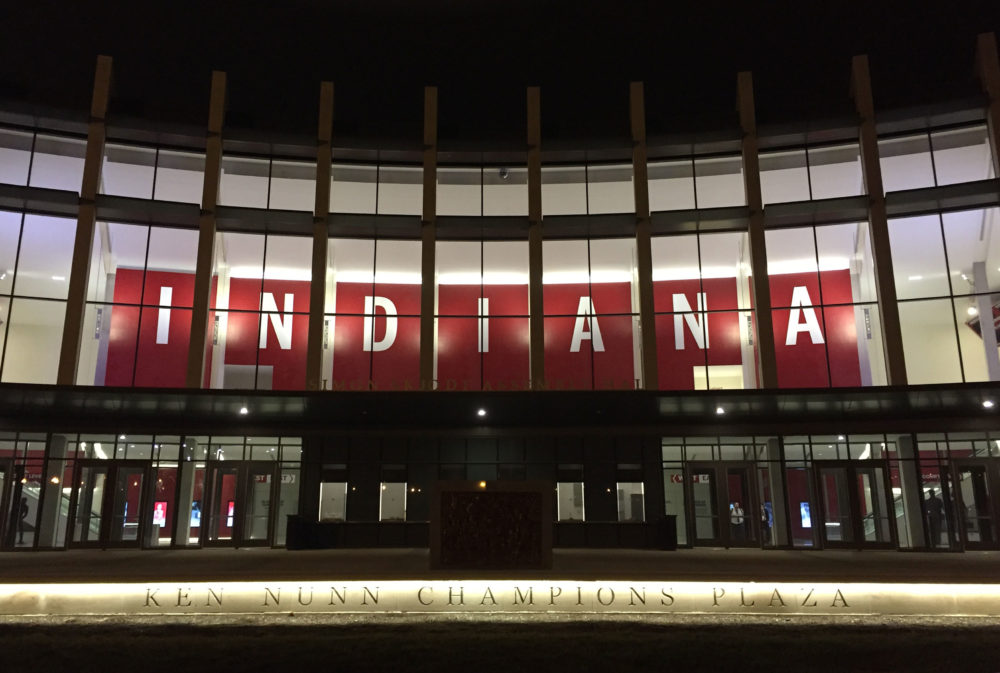 Bloomington, Ind. – IU Athletics announced today that Ken Nunn has made a $2 million commitment to the historic Assembly Hall renovation project. In recognition of the gift, Assembly Hall’s new south entry plaza will be named the Ken Nunn Champions Plaza when the renovated Simon Skjodt Assembly Hall opens in the Fall of 2016.

“We are thrilled and so very grateful to Ken for his generous gift to help renovate the future Simon Skjodt Assembly Hall,” said Indiana University Vice President and Director of Intercollegiate Athletics Fred Glass. “The Ken Nunn Champions Plaza will be a centerpiece to the new Assembly Hall and we are honored that it will bear his name. His gift helps ensure that we are preserving one of the greatest home court advantages in college basketball.”

As part of preserving college basketball’s greatest home court advantage, the renovations will: improve the fan experience through renovating every restroom and adding new ones, improving the concession stands, refurbishing all non-bleacher seats, installing a new large video board with improved visibility in the balconies and throughout the seating bowl, replacing metal railings with acrylic panels to improve safety and sight lines, and adding premium seating and hospitality to generate revenues to reinvest in the building’s maintenance; improve fan accessibility through new escalators in the North and South lobbies and improved access for people with disabilities; enhance the look through a dramatic new “front door” and entry plaza and new branding and flooring throughout the building; and rebuild the infrastructure of the building through improvements to its emergency alarms, mechanical, plumbing and HVAC systems.

Renovations on Assembly Hall will continue through Fall, 2016

“IU is a great university and the IU basketball program and its fans deserve the very best,” said Ken Nunn. “It is my honor to support the renovation of Assembly Hall.”

Construction to renovate the Assembly Hall has already begun. There will be a ceremonial public groundbreaking ceremony on April 7, 2015. The ceremony for the future Simon Skjodt Assembly Hall will take on the Cook Hall Entry Plaza at 3:30 p.m.

The renovation of Assembly Hall was announced in December 2013 when IU Athletics received a $40 million gift – the largest in its history – from alumna Cindy Simon Skjodt (pronounced SCOTT). In honor of the landmark gift made by Simon Skjodt and her philanthropic organization, the Samerian Foundation, IU will rename Assembly Hall the Simon Skjodt gift also launched IU Athletics’ capital campaign, which is part of Indiana University’s Bicentennial Campaign.

Nunn also made a gift to support Assembly Hall in 2012 to help fund the installation of 350 aluminum handrails located throughout the seating bowl. Read more about Assembly Hall’s handrails. 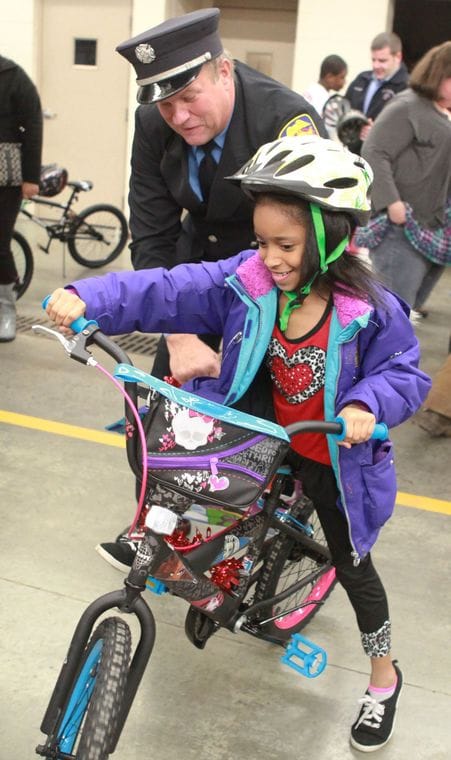 For the second year in a row, Ken Nunn partnered with the Bloomington Fire Department’s Station 2 to give bicycles to local youths. Ken Nunn provided the funding needed to buy each child a bike, helmet. They worked with local members of the Boys and Girls Clubs and Head Start to find their riders.

Financial gift to Indiana University that enabled the school to buy and install handrails for Assembly Hall and thereby make the facility safer for everyone who attends Indiana University Basketball games and other events. Navigating the steep stairs and aisles is much easier with the 350 new handrails. 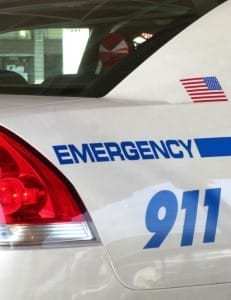 Purchase and distribution of 125 trauma packs to the Bloomington Police Department for use by officers in emergency situations. Other area law enforcement agencies also received trauma packs with the total number donated exceeding 425.

Community donation to help provide a joyful holiday for underprivileged children in the Monroe County area. Ten new bicycles were given to children in need.

Community donation to the “Clothe A Child” fundraising campaign.

Community donation to assist in the construction of a new facility, fund the Energize Program for at-risk children and provide financial assistance to families in need and those who may be facing chronic illness.

Community donation to provide therapeutic horseback riding lessons, educational programs and camp opportunities designed to improve the lives of children, adults and seniors. Serving at-risk youth and individuals with a variety of disabilities, impairments and conditions.