JUUL, a well-known e-cigarette manufacturer, has become increasingly popular among today’s youth and has advertised their product as a safer alternative to cigarettes. However, e-cigarettes have been the source of controversy after claims that potentially link the devices to significant health risks.

Kaiser Health News reported that the Federal Drug Administration (FDA) labeled teen vaping as an epidemic, as data from a federal survey showed that nearly 1 in 5 high schoolers tried vaping in 2018. Recent claims point to JUUL, the face of the e-cigarette and vaping industry, as the cause of this epidemic.

If your child became addicted to nicotine after regularly using JUUL products, you may be eligible for substantial compensation. In order to determine if you have a JUUL lawsuit, an experienced attorney will need to review the details of your case.

JUUL’s goal is “to improve the lives of the world’s one billion adult smokers by driving innovation to eliminate cigarettes.” Since its release in 2015, JUUL has become the market leader in e-cigarette distribution.

The device, which is battery-operated, works by heating up flavored pods known as “JUUL pods.” The JUUL pods create a vapor that is then inhaled by the user.

While JUUL has claimed that e-cigarettes are safer than cigarettes, researchers have found various health risks that may be similar to the effects of traditional cigarettes.

Why Is JUUL Harmful?

JUUL contains high levels of nicotine. Nicotine, a well-known carcinogen and an extremely toxic chemical, can cause severe and life-changing damage to the body. Additionally, this chemical is highly addictive.

JUUL has come under fire for allegedly marketing a sleek device with enjoyable flavors that make it even easier for young people to become addicted without realizing it. According to a Shape article, Johnathan Philip Winickoff, M.D., an assistant professor of pediatrics at Harvard Medical School and a specialist in family health and smoking cessation stated, “In fact, the younger you are, the more you get addicted.” 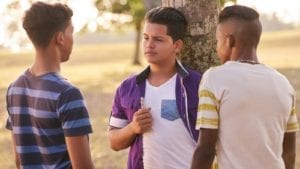 The most common claim against JUUL is that the company intentionally appealed to teens by promoting fruit-flavored liquids and catchy packaging, despite knowing the risk of nicotine addiction. However, JUUL has continuously denied these accusations.

True Initiative, a health organization committed to making tobacco use a thing of the past, stated, “The top reasons for using JUUL or e-cigarettes relate to its popularity with other young people, the variety of flavors, its perception as less harmful than other products, and its ability to deliver a buzz.” Furthermore, the way JUUL’s product is designed makes it easy for teens to use without adults knowing.

While JUUL has denied that their advertising efforts were geared towards teens, the company’s product especially resonated with a younger demographic and was highly visible on social media platforms.

A recent study discovered alarming information surrounding JUUL-related Instagram posts. CNN reported, “Looking at 15,000 posts from March through May of 2018, the study found that more than a third of the posts were promotional in nature, containing branded marketing messages or links to websites where users could purchase vapes. More than half of the posts also featured content related to “youth culture and lifestyle.”

Although many of these posts were not created by JUUL, critics believe the company knew their products were becoming popular among young teens and did nothing to avoid it or warn young consumers and their parents of the potential risks.

With the increasing number of teens using e-cigarettes, a majority of the blame has been focused on JUUL.

A recent class-action lawsuit involving a 15-year-old girl, who goes by A.N. in the lawsuit, now suffers from seizures that are allegedly related to her addiction to e-cigarettes.

The lawsuit has been filed against JUUL Labs Inc., Alteria Group Inc., a tobacco company that invested $12.8 billion for a 35 percent stake in the company, and Philip Morris USA Inc.

According to the claims made in the lawsuit, A.N. began buying and consuming JUUL products when she was 14-years-old and was not aware that the product contained nicotine. After vaping, she would occasionally have seizures that were believed to be caused by unintentionally swallowing the liquid. Her parents were unaware that she was vaping because they thought the device was a USB drive. To learn more about the lawsuit, click here.

This is just one example of lawsuits being filed against JUUL. There are many other young people who have become addicted to nicotine and experienced side effects that may be related to their use of JUUL products. If your young loved one has suffered after using JUUL e-cigarettes, they may be eligible to file a lawsuit.

According to the American Association of Poison Control Centers (AAPCC), “As of June 30, 2019, poison control centers have managed 2,091 exposure cases about e-cigarette devices and liquid nicotine in 2019.”

The nicotine in e-cigarettes absorbs faster than in traditional cigarettes due to its liquid form. What’s more, liquid nicotine is available in higher concentrations. Most levels sell at two percent, however, buyers can purchase e-liquids containing ten percent nicotine.

In addition to nicotine addiction, some users of JUUL have experienced severe injuries due to their device exploding. CNN reported, “One study published in 2018 estimated that more than 2,000 e-cigarette explosion and burn injuries sent users to U.S. hospital emergency departments from 2015 to 2017.”

JUUL is a rechargeable device, which like many electronic devices, can overheat. There are different reasons as to why the device may overheat, such as being left in the sun or overcharging.

Some teens have suffered injuries, such as flame or chemical burns, from an exploding JUUL device.

Is Your Teen in Danger?

Vaping has become highly common among teens. In many cases, young people are more vulnerable to trying and becoming addicted to e-cigarettes. In fact, many teens are unaware that e-cigarettes even contain nicotine.

Furthermore, using e-cigarettes is believed to potentially lead to the use of other substances. If your teen currently uses JUUL products, they may be at risk of developing health issues.

Our Promise To You

find out if you have a case

Do You Have a Case? 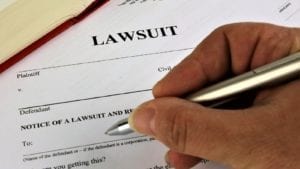 Holding JUUL accountable for promoting dangerous products to your young loved one is important. If you or a loved one used JUUL products and now have a nicotine addiction and/or experienced side effects or injuries from the device, you may be entitled to compensation for damages.

At the Ken Nunn Law Office, a personal injury law firm in Indiana, we believe in holding negligent corporations responsible for their actions. For this reason, we are committed to providing strong legal representation to young individuals who fell for JUUL’s marketing tactics.

To determine if you’re able to file a JUUL lawsuit, contact our law firm at 800-225-5536, or fill out our free consultation form below.